In case you haven’t been able to tell, I love this time of year (a lot). I don’t know what it is, but Christmas music, movies, and decorations give me all of the feels. So, I recently put together a list of my Top 5 Christmas movies. This was a tough one because I literally love all Christmas movies, but a few stand out as classics!

National Lampoon’s Christmas Vacation – This has always been a favorite in my house growing up. My brother, sister and I constantly quote it and we have quite a few articles of Christmas Vacation memorabilia such as the moose mug, t-shirts, and I think even a tree ornament or two.

Holiday Inn – If you don’t like old movies then this one probably isn’t for you, it’s black and white from 1942, but man is it good! Bing Crosby’s character opens up a country inn after leaving the NYC nightlife scene. This inn will only be open on holidays (get it…”Holiday Inn” 😉 ) and he (of course) brings on a pretty girl to help out around the place. Great singing, dancing, and antics ensue and eventually true love wins. (See…all of the feelings…) Fun Fact: The song White Christmas actually debuted in this movie, years before it’s movie namesake was released. 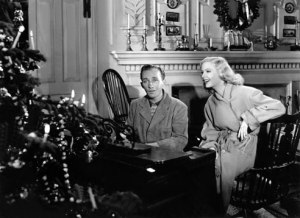 Home Alone 1 & 2 – Okay, so I’m cheating a bit and counting both of these as one movie, but how can you not love Kevin McCallister? These also get quoted by me often and I love having either one of these on in the background while decorating or baking for the holidays. I also love all things New York City, so the fact that Kevin is “Lost in (1990s) New York” in the second one doesn’t hurt.

White Christmas – Another Bing Crosby gem, this time in color! Released in 1954, this is about two World War II buddies (Crosby and Danny Kaye) who became successful Broadway stars and producers, and meet up with two “Sisters” (Rosemary Clooney, Vera-Ellen) who have an act of their own. Long story short, there is another love story that plays out and it ends with a vintage Christmas celebration in all it’s glory. 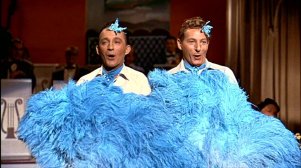 A Christmas Story – Ralphie, the Leg Lamp, the Red Ryder bb gun… this movie is just good, silly fun that takes a look back at 1940s mid-west America. I think everyone could remember a time growing up that they just had to have that ‘one’ gift and tried their hardest to make it happen!

I can’t stop the list here though, others that I must watch every Christmas season include Elf, A Charlie Brown Christmas, Rudolph the Red-Nosed Reindeer, Christmas with the Kranks, It’s a Wonderful Life, and The Santa Clause.

What’s your favorite holiday movie? Any others I need to add to my “must watch” list this year?

4 thoughts on “My Top 5 Christmas Movies”