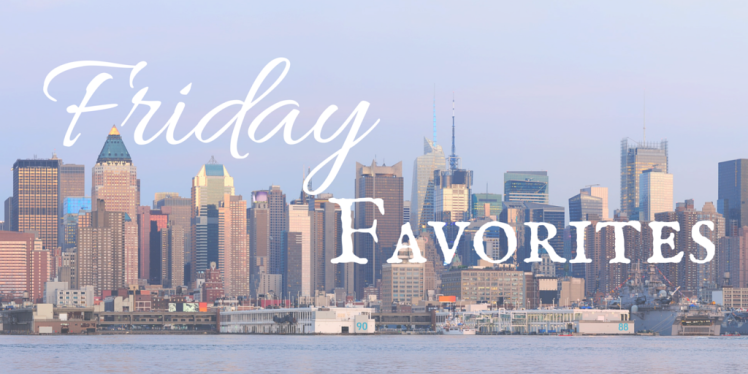 Happy Friday peeps! I hope you enjoyed Cinco de Mayo yesterday and had a chance to get some good Mexican food into your bellies. I enjoyed my turkey tacos and when AJ got home he suggested we go out for an impromptu margarita at our local UWS Cilantro…okay!

As for today, I am thankful the weekend is upon us and looking forward to a day at the movies and with friends tomorrow before heading to New Jersey on Sunday to spend Mother’s Day with my mother-in-law. Unfortunately, my mom is out of town this weekend, so I’ll just have to see her later in the month!

But before I get to all that…Friday Favorites 🙂

This morning we are headed to a taping of LIVE with Kelly & Michael and I could not be more excited about this! (Even if there’s been a bit of dramz with the show lately.)

I love Kelly Ripa and have always been a big fan of this show, and to be honest, this will be our fourth time in the audience. Last year we were front row and I even had a chance to meet Kelly! (Insert my awkwardness here.) 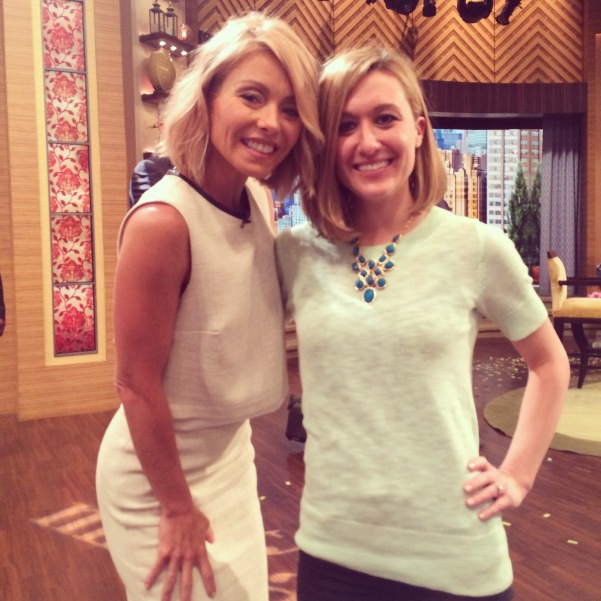 Fortunately, tickets are free and it’s fairly easy to get them as long as you’re flexible with your dates. We even got upgraded to Priority status somehow, so that means we should be able to skip the longer General Access line and get better seats. I’m so glad we have the opportunity to go again before Michael is gone. I’ll share updates (and photos) with you next week. 🙂

Guys, I started a new book and I’m already sucked in! Career of Evil is the third in the Cormoran Strike Series by Robert Galbraith, which is actually just a pseudonym for J.K. Rowling. 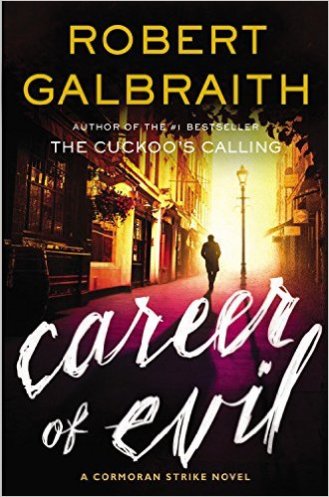 The series follows the lives of a curmudgeon-y private detective and his assistant as they solve mystery cases near London. My favorite in the series so far was actually the first book, The Cuckoo’s Calling, which is about a slain super model, but this new read is shaping up to be pretty interesting as well. This book kicked off with a foreboding (and pretty gross) package delivery to the detective agency’s office. I’ll continue to let you guys know my thoughts on it!

If you follow my Instagram, you probably already saw that I came home to a pizza surprise on Tuesday. AJ had to work in Connecticut for the day and of course part of that trip included a stop at one of his favorite pizza shops, Frank Pepe Pizzeria Napoletana. 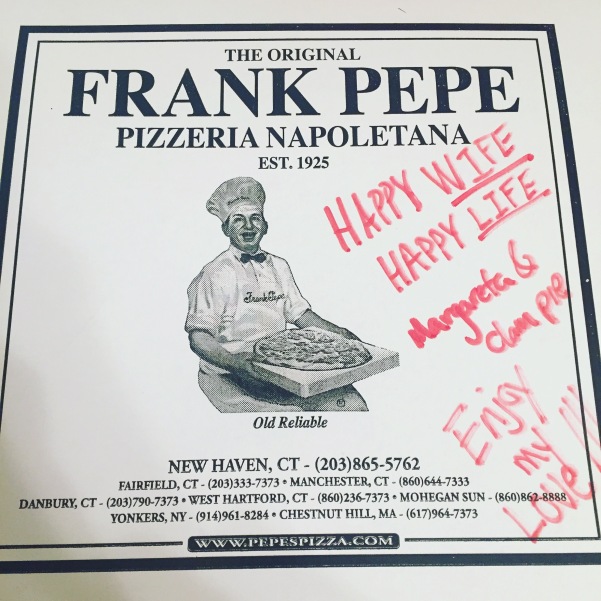 I’ve actually never been here, but AJ brought some leftovers home for me, which I happily found in the fridge after work when he was out at a Met’s game. Apparently Frank Pepe’s is known for their Clam Pizza, which is a white slice topped with clams and bacon. It was very good, but their Margherita slice is what had me heating up seconds.

So I’ve been on a green tea kick lately. I’ve always loved it but I seem to have completely stopped drinking coffee and stick with my tea on mornings when I’m craving a hot beverage. 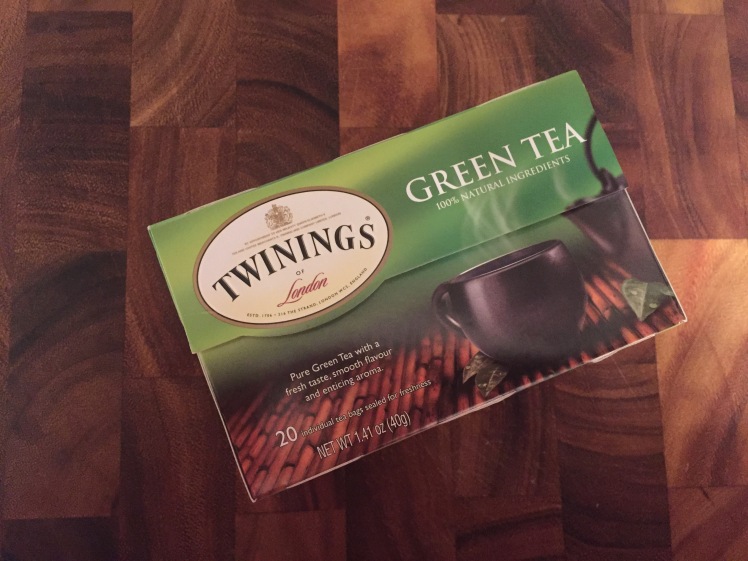 What’s weird though, is I think I’ve become extremely sensitive to caffeine. If I get a grande green tea at Starbucks I notice I am WAY more jittery throughout the day, which is just ridiculous. I mean, I know it’s caffeinated but apparently I am a total wimp.

AJ sent me this photo yesterday and I had to share because it’s just TOO PERFECT. I feel like this is definitely us on any given day. The one having the bad day definitely rotates, and the other is usually there with some sort of comfort food (and a good excuse to indulge).

I don’t know if this is a “favorite”, but I did celebrate my 5 year anniversary at work on Monday, which is pretty cool. It’s crazy how time flies and it’s fun to think back to when I was just starting, and not only how different my role at my company was, but just how different my personal life was at that time.

When I started, I had no idea that a year later I would meet this guy who would then become my husband, and I’ve made some great friends here over the years. I also received a gift card to Amazon as a “reward”, so I have obviously have to find something fun to treat myself to!

One thought on “Friday Favorites #21”

This FOUR month old may not love smiling for the camera, but she certainly does love sucking that thumb and showing off her rolling skills. 😍
Five years ago it was an unexpected snowstorm. Today, a global pandemic. March 20th always seems eventful, but there’s no one else I’d rather be quarantined with ❤️
My girl 🥰
%d bloggers like this: